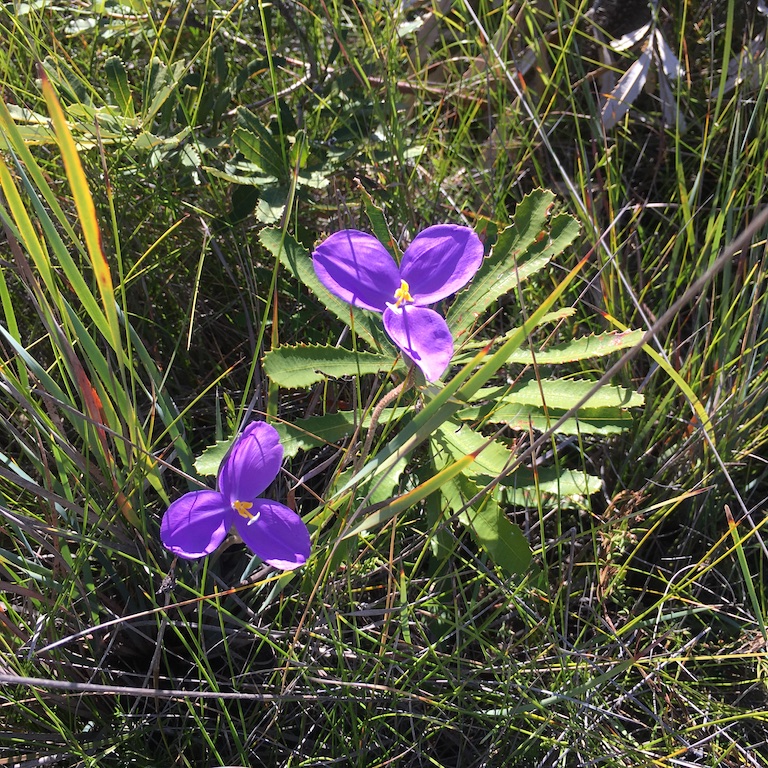 You  need to have an eye for detail and look up close to appreciate the beauty of Australian flora such as this little jewell, a native iris called Patersonia sericea. Had I photographed the vista at Emu Mountain, the irises would have been lost,  mere dots.

Emu Mountian – a hill really – where whale researchers scan the ocean to track the annual whale migrations, it is part of Noosa National Park. Less known by tourists than the Headland Section, its own claim to fame, is a she-oak, Allocasuarina emuina, so named because this rare species grows primarily on the rocky outcrop, and can be found in only a few other locations closeby.

← Tale of a mermaid
Cupid awake and asleep →