The changing nature of photography 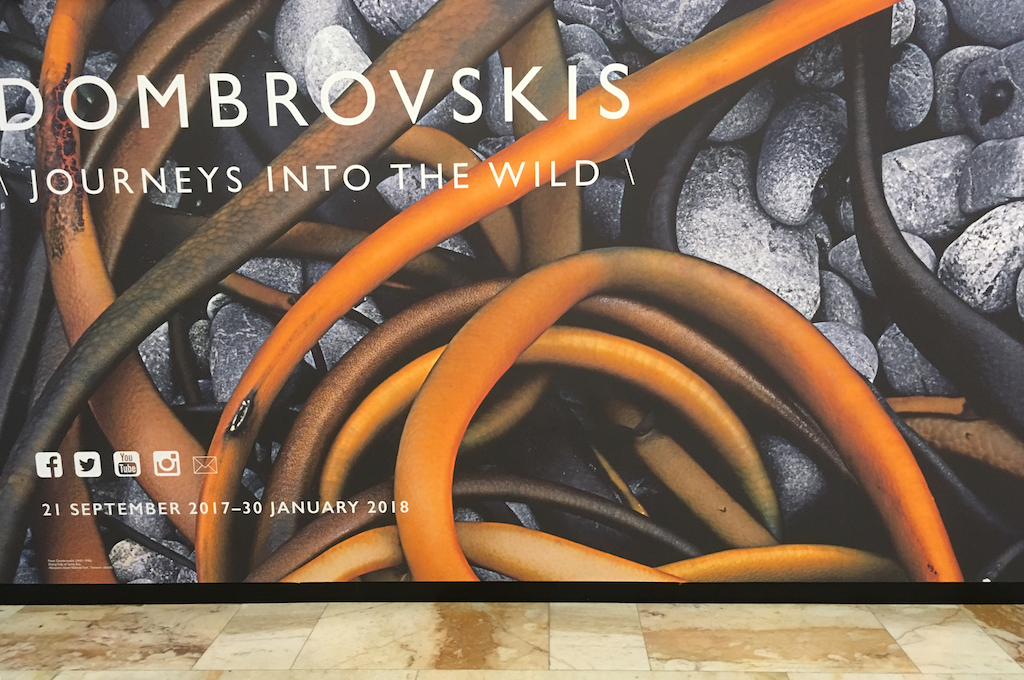 Way back in the nineties, an A4 envelope arrived at Christmas from my aunt and uncle in Tasmania. It contained a beautiful calendar. At the beginning of each month for the coming year I turned the thick pages to discover another magical photo taken by Peter Dombrovskis. Trying to pick a favourite month was an impossible task; every photo was a work of art.

Peter Dombrovskis was a professional photographer who established his own publishing company in 1977. The  calendars he produced were a precursor to the nature calendars popularised by Steve Parish, and now, with the advent of cheap, digital printing, the domain of many less prominent photographers.

If you have an interest in photography, or a love of beautiful wild places, then the retrospective of Dombrovskis’ photos, currently on show at the National Library of Australia in Canberra, is an exhibition you must see. For me it was an opportunity  to appreciate his work afresh in a way that pays tribute to his  artistry; Dombrovskis was a master of his art.

Dombrovskis had an incredible eye. These photos did not just happen. Like a painter of still lifes, Dombrovskis sought the perfect arrangement of elements, and paid special attention to the lighting. How did he ‘see’ these amazingly well-framed shots? He captured colour, form, texture, detail, and pattern, the rhythm and essence of the natural world, and bathed it in light as if it were a ‘still life’, carefully assembled for his viewing. A profound stillnes infuses of his images, be they mountain vistas, gnarled tree trunks or seagrass on the sea shore.

As an artist I am captivated by Dombrovskis’ close up shots of lichen. They are beautiful abstractions of colour and pattern.  The fine detail captured by the lens of a large format camera gives these photos a textural, painterly quality. Dombrovskis could apply his magical way of seeing equally well to microcisms or to landscapes. He had the knack of simultaneously paying attention to the individual elements of his framed image and the whole picture.

Holding detail and at the same time seeing the whole is something that student painters find difficult. Many will paint a series of seperate objects, paying meticulous attention to every fine detail but failing to see the overall picture. Alternatively they will block in the big picture, but struggle to pinpoint and develop the areas they need to refine. I have seen this so often that I wonder whether Drombrovskis’ capacity to see both detail and the over-all form in unison is rare one – or at least something that many of us have to learn.

If calendars made Peter Dombrovskis a household name, it was Rock Island Bend – featured in this exhibition – that made him a legendary photographer. The evocative photo became the flagship image of the campaign against the damming of the Franklin River. It appeared in a full-page advertisement in major Australian newspapers in the lead-up to the 1983 Federal election.

But it was never politics that drove him. Being alone in the wilderness – finding the perfectly balanced composition, then waiting for the right light, no matter how long it took or how inclement the weather – was a transcendent experience for Dombrovskis.

The work was physically taxing, demanding painstaking accuracy. Dombroskis would never have been satisfied with an iPhone point and click shot.  His preferred camera was weighty, a Linhof Master Technika, requiring film almost sixteen times larger than that used in the standard 35mm film camera of the day. He had to be frugal with his sheet film and accurate with his exposures, but the results are stunning. Try achieving this level of detail with a digital camera.

A week-long trip meant carrying enough camping gear, food, water, and the heavy photographic equipment to go the distance. Like all mountainous wild places, the weather could change suddenly; being well prepared, fit and having good bush skills could save your life. Sadly this was not so for Dombrovskis, who died of a heart attack doing what he loved, while working near Mount Hayes in Tasmania’s Western Arthur Range. He was just 51 years old.

The National Library of Australia recently acquired Peter Dombrovskis’ photographic archive from his widow Liz ensuring his precious legacy is preserved for future generations to enjoy. I am so glad that they reproduced some of the images for this exhibition, and that I just happened to be in Canberra to see them.