Sometimes I post pieces (like my fish) that will never be exhibited but are important because they are experimental, a way of forming up an idea that I may later use. 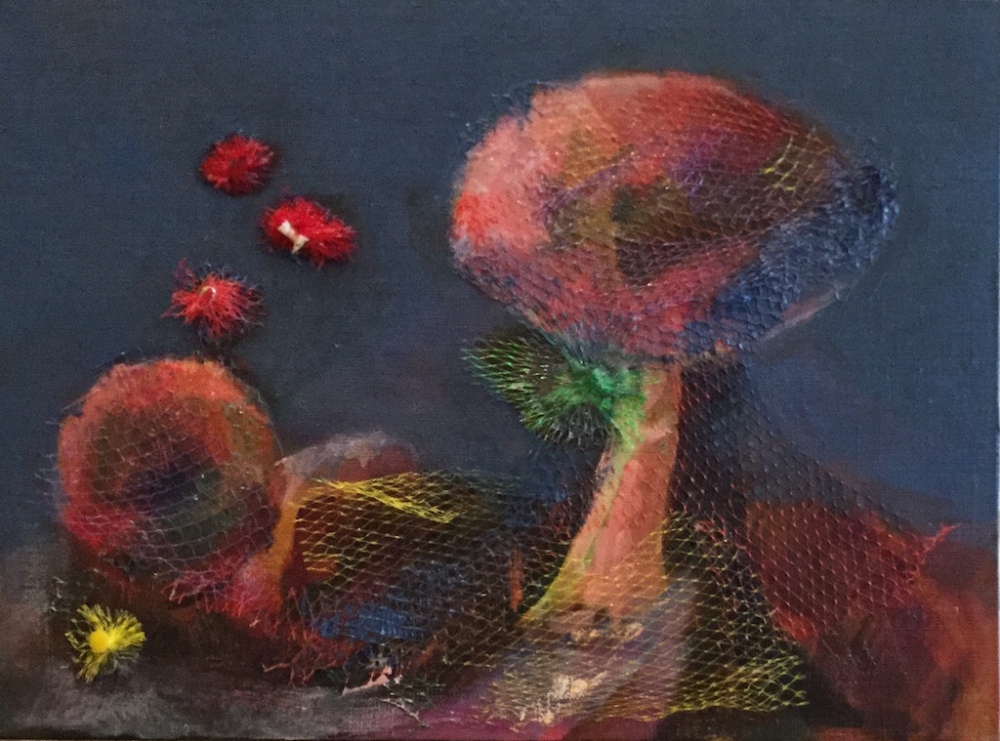 This was an exercise in glazing that I lost interest in so I decided use it to experiment with plastic netting. (I’d been collecting the plastic netting bags that contain onions and fruit without having any clear idea of what I would do with them.)

This afternoon I just happened to have some leftover blue glazing paint that needed to be used up. Looking around for something to paint rather than washing it down the sink, I once again pulled out this board and whacked a glaze over the Raw Umber background.

It bought the piece up quite unexpectedly – a happy chance. Light and paint dance on the netting – the very quality that prompted me to start a  plastic stash.